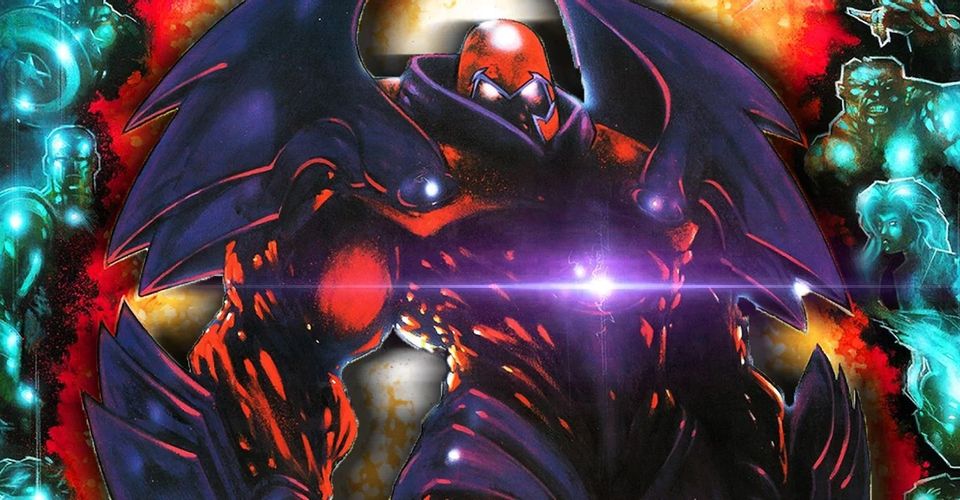 Way of X #2 reveals Charles Xavier's past haunts the X-Men's island of Krakoa - as the monstrous entity he created, Onslaught, stalks the mutants!

Professor X's greatest mistake threatens to destroy everything the X-Men have built. For years, Charles Xavier fought for a dream of peace between man and mutant. Now, even Xavier himself admits that dream is dead - replaced by one in which the entire mutant race has settled on a single living island, Krakoa, and is building a new community.

To mutants, Krakoa feels like the paradisiacal homeland they have always longed for - and so many of them have died fighting for. The central proposition of Krakoa is that the past is dead and gone, meaning every mutant has been granted an amnesty, and even the most hardened villains - mutant vampires like Selene and Emplate, or literal Nazis like the Von Strucker twins - have been welcomed. All those millions of mutants who have died in the past are gradually being resurrected by a synergy of mutant powers and Cerebro technology. It is a new day.

Or so Charles Xavier wants to believe. Nightcrawler is becoming aware that a dark presence is haunting Krakoa, a malevolent entity that is manipulating the minds of the mutants and seems to be encouraging aggression. Xavier believes the culprit is his son Legion, but in Way of X #2 Legion is finally brought to Krakoa. He reveals the truth to a shocked Nightcrawler; the true villain is Onslaught. Xavier's past has come back to haunt him, and Onslaught is working to undermine this new mutant society.

Onslaught was one of the most powerful enemies the X-Men ever faced, created by a fusion of the minds of Charles Xavier and Magneto. A subtle retcon in Powers of X #6 hinted the seeds of Onslaught were actually sown by the reincarnating mutant Moira MacTaggert, who manipulated Xavier in the hopes of rewriting history. The issue included writing from Moira's journal in which she noted she had realized her actions were breaking Xavier; "My conern," she wrote, "my paramount fear -- is that I fracture his psyche and eventually unleash something unexpected on the world." Moira's fear was fulfilled when Xavier launched a psychic attack upon Magneto years later, and a fragment of Magneto's psyche merged with his own dark side to create the entity called Onslaught. A being of pure psychic energy, Onslaught hungers for power, and he is willing to destroy anything that stands in his way. He also possesses the ability to hide himself from the awareness of others, even deceiving Omega-level telepaths like Jean Grey.

It looks as though Onslaught is taking advantage of the X-Men's Resurrection Protocols, implanting something in the mind of every mutant who is raised from the dead. This is why they dimly perceive something they called the Patchwork Man, and it is why the mutant community is becoming increasingly brutal and barbaric. Onslaught's agenda appears to be simple; to destroy everything Xavier has built on Krakoa. And the final page of Way of X #2 suggests he will use the Hellfire Gala to accomplish that goal. Nightcrawler and Legion are the only ones to realize just how much trouble the X-Men are in right now.