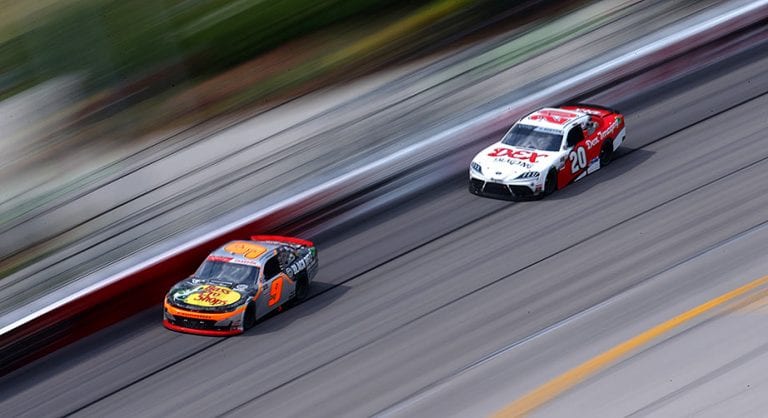 Noah Gragson had apparently driven the car to the best result among the four eligible drivers for the Dash 4 Cash bonus, but he was dropped to last in the 40-car finishing order. The $100,000 Dash 4 Cash prize instead went to 12th-place AJ Allmendinger.

Gragson had led 40 laps and finished second in both stages in the unofficial results of the Steakhouse Elite 200. Instead of claiming his third consecutive Dash 4 Cash bonus and logging his fourth consecutive finish among the top six, he was relegated to his fourth result outside the top 30 in nine races this season.

Xfinity Series director Wayne Auton said the cars of Dash 4 Cash winners are included in post-race inspection for each of the four races in the program. After the No. 9 car had failed, Allmendinger’s No. 16 Kaulig Racing Chevrolet was inspected and cleared, sealing the six-figure bonus.

JR Motorsports officials had not yet indicated as of Saturday evening whether they would file an appeal of the penalty.