Best Fantasy Anime To Watch In 2021

Fantasy is an element of beliefs, innate capabilities and even technique that has formed part of human everyday life. No surprise that Fantasy also fills the imagination of authors of various forms of media and anime is no exception, as extensive as the influence the magic power notion has on human history.

It is inevitable that they would be compared with the Fantasy anime, and that is what we do extremely well.

Now let’s take a look at the numerous good anime Fantasy -themed titles that has appeared and succeeded so far! 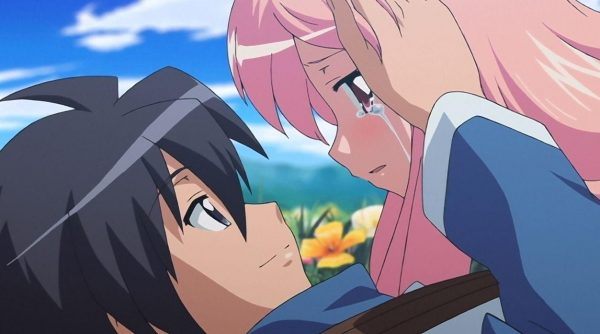 Louise Françoise Le Blanc de La Vallière is a magical girl in a world of wands, cloaks, and royalty.

Although she studies at Tristain Magic Academy, a prestigious school for magicians, she has a major problem: Louise is unable to cast magic properly, earning her the nickname of “Louise the Zero” from her classmates.

When the first year students starts performing a summoning ritual, Louise’s summoning results in a catastrophic explosion! Everyone deems this to be yet another failure, but when the smoke clears, Saito Hiraga appears.

Now Louise treats her familiar Saito as a slave, forces him to clean her clothes and eat off the ground. But when Saito’s hand starts etching from the summoning ritual. rumor has it to be the mark of a powerful familiar named Gandalfr.

Wild, adventurous, and explosive, and magic girls Zero no Tsukaima is an amazing Magic Harem anime with an op mc who always ready to unleash his Power to Save his Lover. 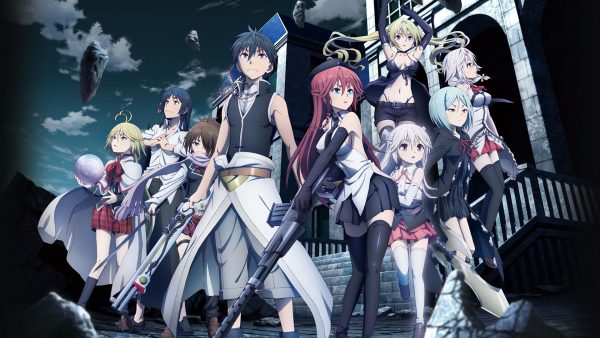 In this amazing magic school anime we follow Arata Kasuga, who grew up in a tiny village with her best friend and alleged cousin, Hijiri Kasuga.

However, everything changed one day when the sun became dark and a magician appeared in front of him.

Everything appears to be normal at first, but he begins to doubt everything when he observes that even though his life appears to be regular, the sun remains dark. 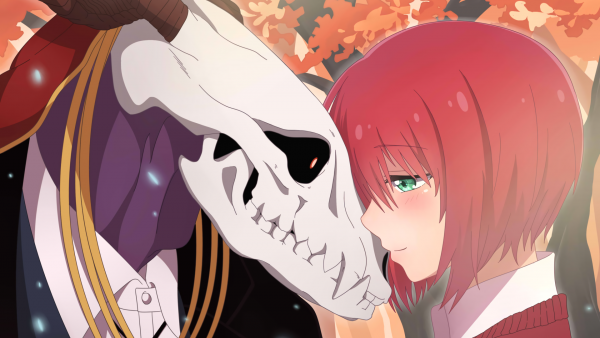 Hatori Chise is a 15-year-old girl who was auctioned off for 5 million pounds to a towering masked guy. She has nothing going for her, having been abandoned at an early age, and was prepared to sell herself up to any buyer if it meant having somewhere to go.

Her buyer, who is chained, brings her to a study where he exposes his name. Elias Ainsworth, a rural English magus who wants Chise to be his apprentice and, eventually, his bride.

This fantasy magic anime animation is stunning. There is no better way to describe the sensation of seeing The Ancient Magus’ Bride. From the graphic design to the animation to the soundtrack, the anime is extremely strange to watch, especially if you love fantasy and slice of life shows. 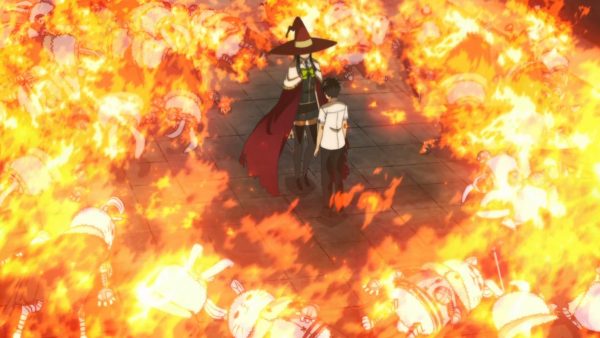 Takamiya Honoka is a typical high school boy who is living a peaceful life with nothing out of the ordinary occurring to him.

His only issue is that he is in the same class as Kagari Ayaka, a girl who is so famous at school that she is dubbed “princess” and even has a fan club that idolizes her.

He not only attends the same class, but he also rides the same bus, gets assigned to the desk next to his, and works the same extracurricular activity shifts.

Although the two boys never interact, the huge number of Ayaka admirers who surround her continually treat Honoka nearly as if he were a nuisance, even going so far as to beat him if he tries to “disturb” the beautiful magical girl. 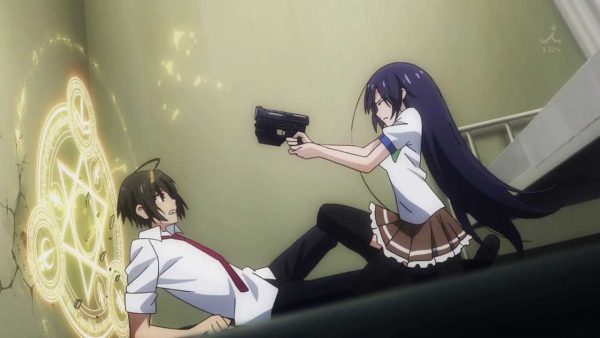 Takeshi Nanase is an average high school kid with a rather dark history in this modern magic anime action-adventure. He created a “fake” partnership with his childhood buddy Kurumi Isoshima due to unforeseen circumstances, but he generally leads a regular life.

However, one day, he stumbles upon a girl named Mui Aiba fallen on the school campus, dressed in a uniform he has never seen before. This incident dramatically alters Takeshi’s fate.

Mui informs Takeshi that she is a magical girl and apologizes for transforming Takeshi into a magician as well.

What Takeshi previously thought was one universe is actually two — the world of magicians and the world of humanity. 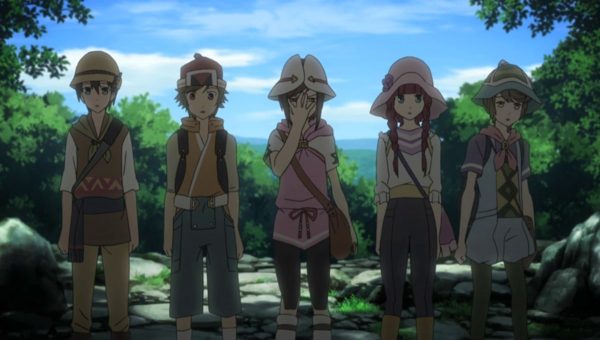 In this anime about magic, horror, and fantasy. Around a thousand years in the future, civilization has regressed and mankind is distributed in tiny tribes. People in this period have a mental talent known as “Juryoku,” which allows them to manifest their fantasies.

People are utilizing this power as a primary source of energy in the lack of modern scientific technologies. Saki, together with her pals, discovers a little archive robot outside of town one day. It chronicles human history from the beginning.

It informs them that Juryoku was discovered in the twenty-first century, resulting in a world war between psychics and non-psychics. This conflict was won by the psychics, and thus their reign of terror started.

10. The Irregular at Magic High School 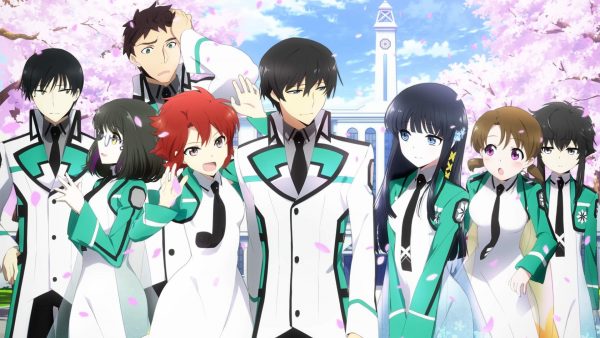 In the universe of this Action Magic Sci-fi and School anime, called also “Mahouka koukou no Rettoussei“, magic has moved beyond the realms of fairy tales and fantasy to become a case of human ingenuity, where magic is a systemized technology that can be learned as a talent.

The results of their admission examinations are used to classify pupils at First High School Magic Academy.

Shiba Miyuki and Tatsuya are siblings who enroll at First High but are assigned to different classes, with Tatsuya demoted to Weed. 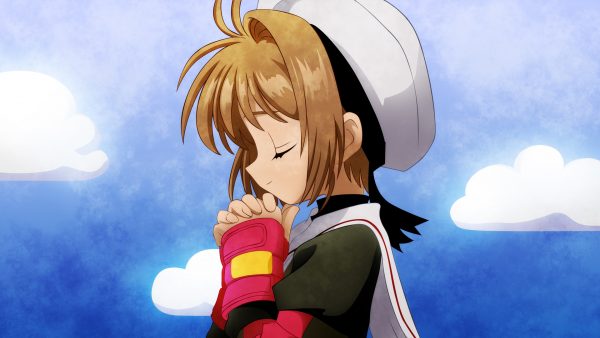 The magic school anime follows the exploits of Sakura Kinomoto, a little ten-year-old girl who unintentionally unleashes a collection of letters hidden within a book she discovered in her father’s library.

Following this, Kero – the book’s guardian – appears and, upon learning that most of the letters known as the “Clow cards” have spread throughout the world, tells Sakura that it is now his responsibility to become a “Cardcaptor” and go looking for them in order to prevent a “catastrophe” from occurring in the world.

As a result, Sakura develops unique skills in order to confront the magical powers of each card and capture and seal them. 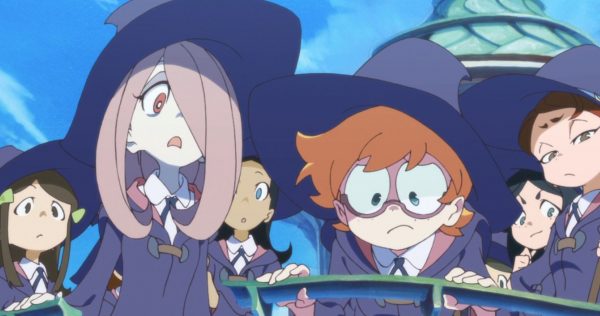 Next up in this Magic School anime we have Kagari Atsuko, or “Akko,” has loved the famed witch Shiny Chariot since seeing a performance some years ago. Despite her non-magical origins, Akko wishes to be a witch like Shiny Chariot.

Akko enrolls in Luna Nova Magical Academy to pursue her goal, but even getting to such a school proves challenging.

She encounters Lotte Yansson and Sucy Manbavaran, two school students who become her roommates, as well as Shiny Chariot’s renowned wand, the Shiny Rod, on her trip there.

With her little magical powers, Akko’s school life at Luna Nova proves more challenging than she could have expected; yet, she is determined to catch up with the other magical girls and peers and learn what they know.

7. Is It Wrong to Try to Pick Up Girls in a Dungeon? 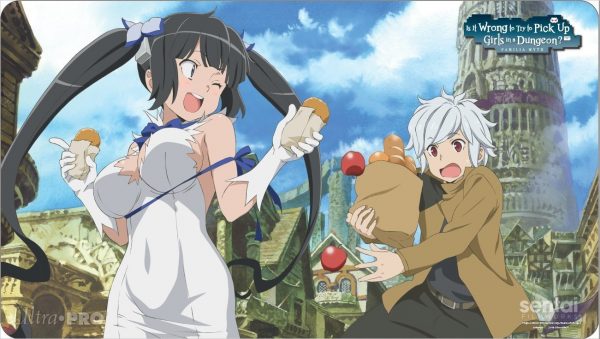 Bell Cranel, a 14-year-old lonely adventurer serving Goddess Hestia, is the protagonist of the narrative. As the lone member of the Hestia Family, Bell works hard in the Dungeon every day to better himself.

He looks up to the beautiful girl Aiz Wallenstein, a famous and powerful swordsman who once saved his life and made him fall in love with her.

Bell is unaware that many other females, both goddesses and humans, have formed emotions for him, most notably Hestia herself, as he wins allies and develops himself with each new obstacle he confronts. 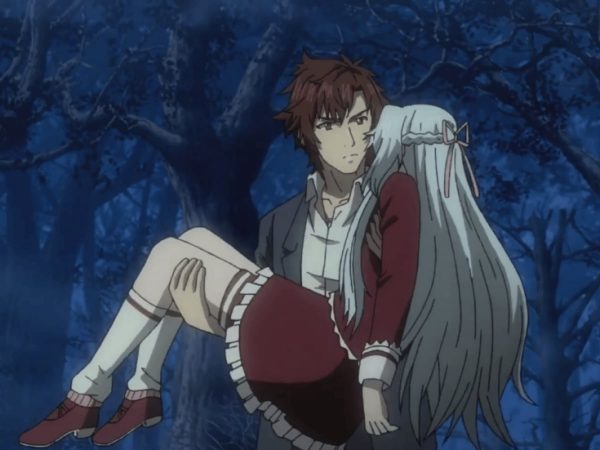 This magical anime appealed to me for two reasons. The first is the OP MC, who, unlike previous MCs, does not simply walk out and perform his magic. He is composed and has a clear objective in mind, not anything trivial like riches.

He demonstrates incredibly profound feelings by playing things off as if it were for him, despite the fact that he is actually doing it for a higher cause. The second reason is the general sort of anime it is.

It includes hints of romance and drama but does not overemphasize them, instead of treating them as a garnish on a dessert. It adheres to a decent structure while retaining the unreal sense of anime while also adding a realistic touch, making the anime enjoyable to watch. 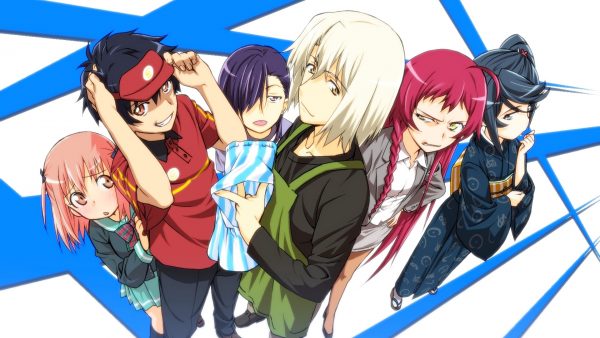 The Demon Lord Satan and his forces launch an invasion on Ente Isla. The hero Emilia forces him to flee, but the inter-dimensional vortex he opens sends Satan and his assistant, Alsiel, plummeting down into the streets of modern-day Tokyo.

Without magic, Satan is powerless in this world, so he disguises himself as Maou Sadou and works at a MgRonald’s fast food restaurant to make ends meet.

His goal to ascend the corporate ladder and eventually become king of Earth takes precedence over his conquest of Ente Isla! The ferocious Demon Lord l is now living a normal life as a human person (and enjoying it). 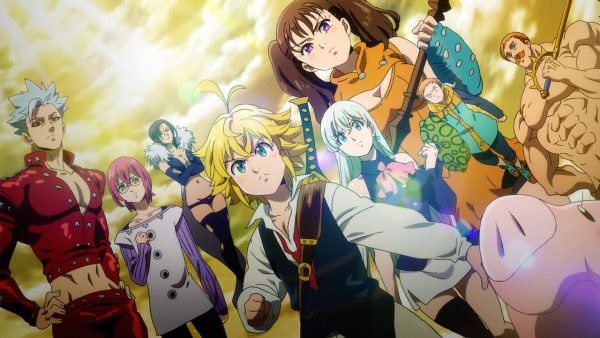 The Seven Deadly Sins is a story about the most powerful knights in the realm of Britannia. After attempting to destroy the monarchy, these seven deadly sins (as this group is known) have been labeled as evil traitors.

They are believed to have been murdered by the Holy Knights, while some think they are still alive. After ten years, the Holy Knights betray the realm and become tyrants.

Elizabeth, the king’s youngest daughter and third princess, believes the stories of the seven knights who have survived. She embarks on a trip in the hopes of finding them and enlisting their assistance in reclaiming the realm from the usurpers. 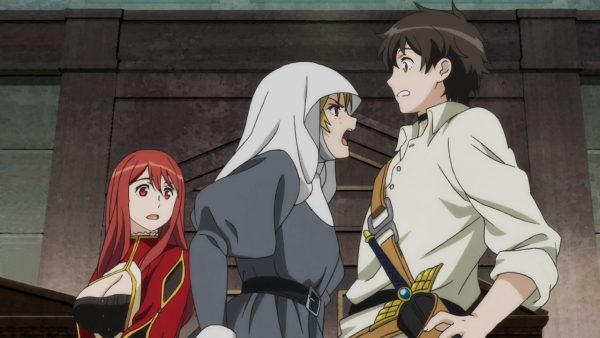 his is a magic anime series that focuses on the typical medieval scenario of people fighting demons.

At first glance, you’d anticipate a demon clan ruled by overpowered demon king, or a full-fledged fantasy combat against humans, but this isn’t that type of narrative as Humans and demons have been at odds for many years.

When a young hero sets out to confront the Demon King, he is astounded to learn that the ruler is not only a lovely queen but also one who desires his assistance.

While he first resists, her arguments ultimately convince him that there is another side to the battle.

It’s a unique concept with a greater emphasis on politics than you may expect. However, it provides for an intriguing study of many points of view, with a fantastical undertone to the whole affair. 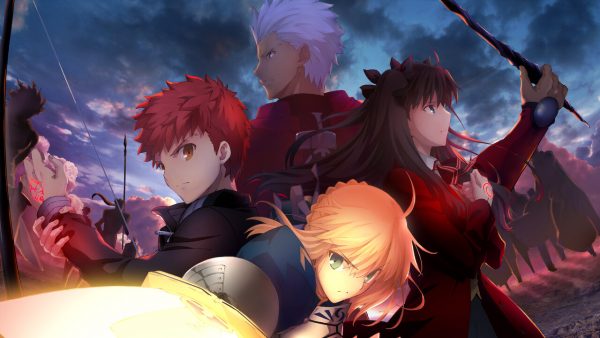 The Fate series is among the best anime series of all time, it will wow you with its stunning graphics and thrilling magic battles.

The primary narrative will become evident after the first few episodes. The major story revolves around the Holy Grail War. Almost every series in this franchise is linked to this conflict.

The Holy Grail is some type of power that can grant you any wish. That is why everyone is fighting for it.

This action/fantasy/magic franchise has grown to be one of the largest and most popular among anime fans.

Though the visual novel from which the anime was adapted was launched in 2004, it has only lately acquired popularity.

There are so many new adaptations that many individuals are unsure where to start.

1. Magi: The Labyrinth of Magic 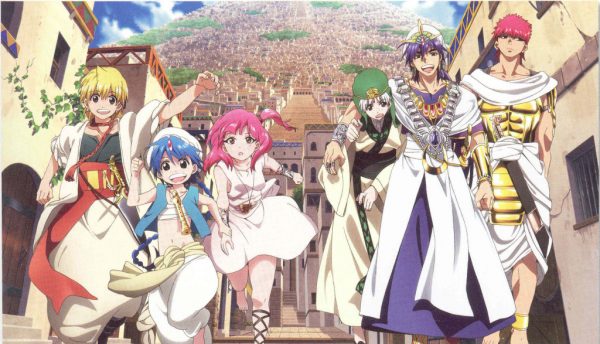 Magi: The Labyrinth of Magic  is an anime that features an ingenious plot that incorporates characters from 1001 Arabian Nights.

It uses that source material to produce a fresh and exciting tale that will have you on the edge of your seat at all times. This series’ storyline may be its most powerful asset.

This anime is a must-see for anybody who likes fantasy adventure stories with a strong sense of camaraderie!

Magi: The Labyrinth of Magic is set in a time of upheaval and revolutions, with a distinct Arabic atmosphere. Magic produces a plethora of dungeons all throughout the earth.

It is believed that the dungeons contain tremendous treasures and that anybody who conquers them would get incredible powers.