We Have created a list of much-loved best anime Series of All Time – be it shonen or slice-of-life, there’s a perfect anime for everyone.
It is not easy to narrow down to only 13 anime and rank them, and there are other attractive anime that are worth watching outside the best anime list, of course.

Here are 13 best anime series of 2021, including both the classic anime franchises and the brand new series. This greatest anime list will help beginners to find which anime to start watching with in the world or anime fans to decide the next one to try. Otherwise, check the best anime by anime freak’s standards. Inherited Will, The Destiny of the Age, and The Dreams of the People. As long as people continue to pursue the meaning of Freedom, these things will never cease to be!

One Piece is all about adventure and exploring new territories, it teaches you the value of making strong bonds with friends and doing everything to protect those bonds and lives. Enjoying the journey (life) is the most crucial element, that is also shown through the way Monkey D Luffy lives. The anime shows the whole journey of a pirate crew and their travel through the Grand Line and New World, packed with epic fights, adventure and raw emotions & humor, One Piece is at Numero Uno for me. Always keep rechecking your freedom, everyone is born free. 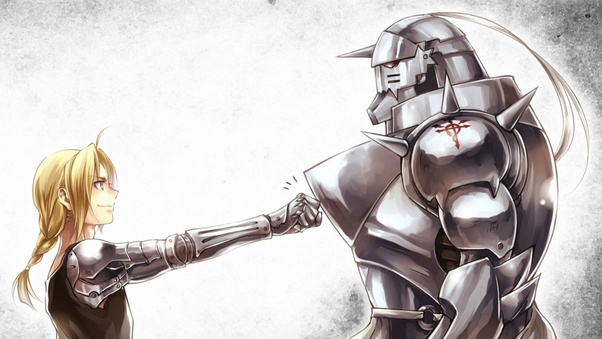 A lesson without pain is meaningless. For you cannot gain anything without sacrificing something else in return, but once you have overcome it and made it your own...you will gain an irreplaceable fullmetal heart.


Fullmetal Alchemist is one of the most flawless anime’s ever. It shows the audience that the Law of Equivalent Exchange is always at act, that hatred will only give rise to more hatred. They way it uses the 7 deadly sins Greed,;Lust,;Envy,Pride,;Sloth, Gluttony and Wrath to show us that all of us have sins that can’t be erased is superb. We’re also taught that every single human life is priceless. 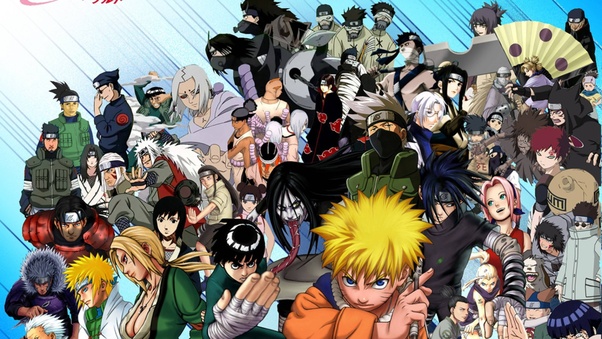 Those who break the rules are scum, that's true, but those who abandon their friends are worse than scum.

Naruto Shippuden is an anime that’s centered around never ever giving up and achieving your dreams despite all odds. We see the journey of Naruto Uzumaki who goes from being the most despised and lonesome kid to being the respected and loved Hokage of Konohagakure. All due to his hard work and persistence. It's pathetic! You can't give into fear in a fight!

The fight is always with yourself. It’s you vs you everytime is what Bleach encompasses, turning enemies into friends as what Kurosaki Ichigo does through his determination. Attack On Titan is slightly dark and reflective of the real world and how circumstances affect lives and they’re taken mercilessly, it is worth a watch due to the same. Here we have Titans pitted against Humans who just won’t give up. It’s a good anime to see what the human will for survival looks like through the actions of Eren, Mikasa, Levi and rest of the corps who go against the Titans. We have brief views of what government and political corruption seen and how that endangers humans too. 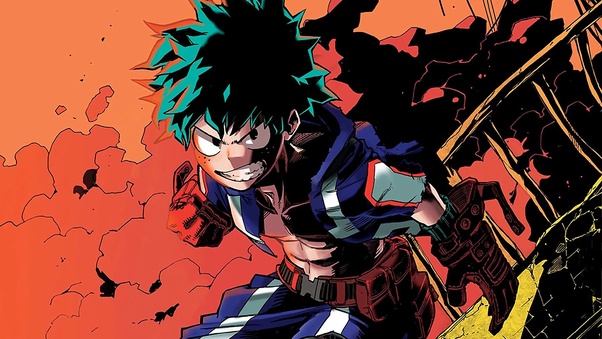 ;If you feel yourself hitting up against your limit, remember for what cause you clench your fists! Remember why you started down this path, and let that memory carry you beyond your limit.

Boku No Hero Academia is the best ongoing anime and it rightfully deserves to be so. Courage and Going Beyond ! is the prime motto of the anime, where we see Izuku plunging to Bakugo’s rescue despite being knowing the eminent failure, overcoming all odds to stand at the top through his hard work and humility, we see Bakugo and his commitment to be the Number 1, Todoroki moving past his childhood trauma and unlocking his true potential. Choosing good mentors like All Might is also shown in bnha. All elements of this anime make it a masterpiece storywise and the animators are doing a swell job too. 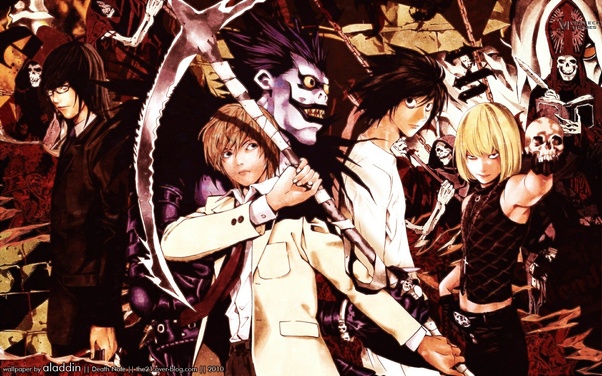 If Kira gets caught, he is evil. If Kira rules the world, he is justice.

A world without light would be dark and that it’s not necessary that good guys must win always are some of the things this anime will definitely introduce to. This anime is one of the G.O.A.T also because it deals with the concept of crime and a world without one, moral corruption and pitting one idea of Justice against another one. Definitely this the anime you should start with (I did) as this a serious anime too in many ways and deals with real world problems - crime and justice. 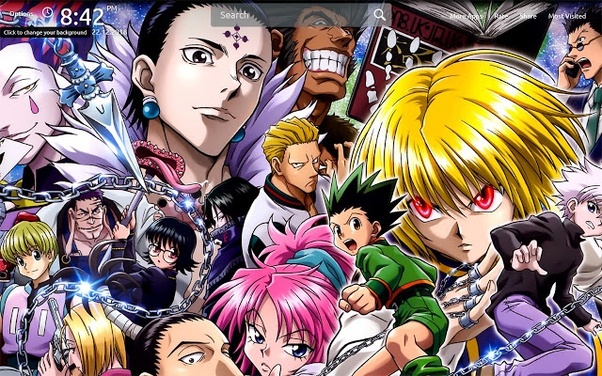 HxH anime makes use of intelligence and creative usage of abilities a lot, so if there are some of you out there who want to see an anime with complex and sophisticated usage of abilities, this is it chief ! We got Gon chasing his self discovery, Kurapika trying to get revenge. Leorio on his medical journey and Killua exploring freedom and free will. One downside is that HxH also is short for Hiatus X Hiatus and you’ll have to read the manga after you finish the anime if you wish to continue … 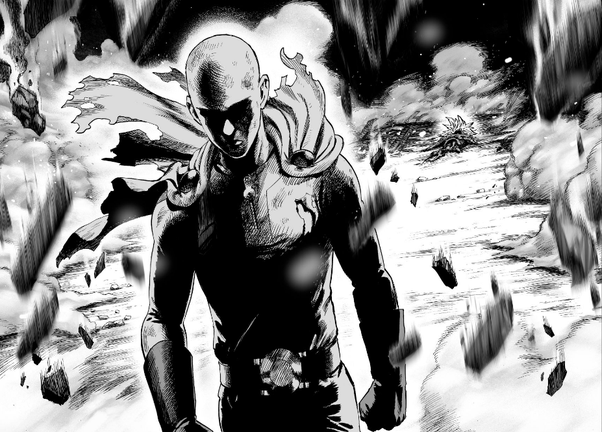 n exchange for gaining strength, have I lost something more important as a human being? Emotions used to swirl within me when I fought. Fear, impatience, anger... But now... Day after day, after one punch I go home unharmed and wash my gloves

Every one of his fight ends with one punch - One Punch Man is the story from the top view and how everything is boring when you’re at the top ! How true heroes might be leading a normal civilian life. OPM also shows how training hard can generate strength and power. Saitama vs Lord Boros had him sent flying to the moon and back again, we can expect even more epic fights incoming in the next season of opm. 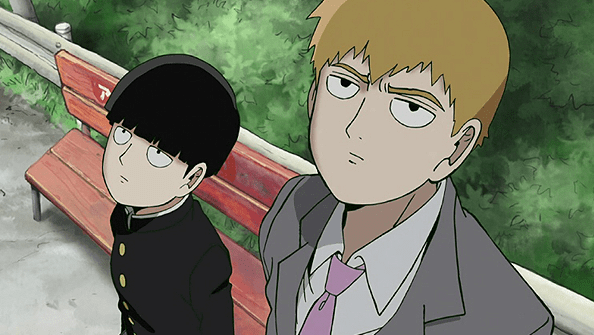 I know that already, I knew it all along". "My master's true identity

Shigeo "Mob" Kageyama and his guide Arataka Reigen and their fights with Espers and Psychics are what make Mob Psycho 100 a must watch, also Reigen’s attitude that helps Mob to keep his Psychic powers in check. This anime has boatloads of humor and every act of Reigen - his special moves through the season keep you entertained. 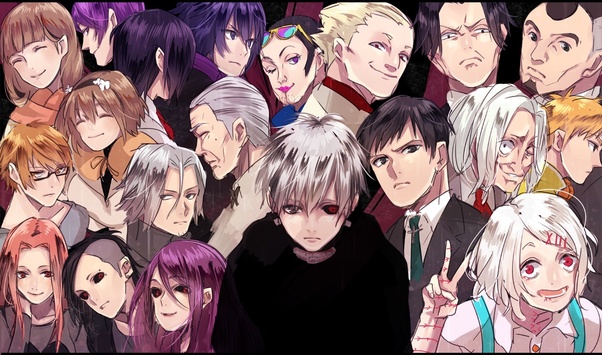 Tokyo Ghoul has a very controversial concept - cannibalism and the killing and eating of humans by ghouls who just want to survive. It’s very interesting to see Ken Kaneki transform from a human to a ghoul (after a date gone wrong) and how that changes his perception of both ghouls and humans. Fear is not evil. It tells you what you weakness is. And once you know your weakness, you can become stronger as well as kinder

Fairy Tail has got a lot of humor to it, but can get real serious too. It's similar to One Piece where you can go from comedy to action to feels in an instant and it feels natural. Natsu’s straight-forward attitude and his humorous relation with his friend Happy who is cat, his loyalty to Lucy and his guild are shown in Fairy tail. Also it has Dragons and Magic which makes Fairy Tail even more appealing to watch. 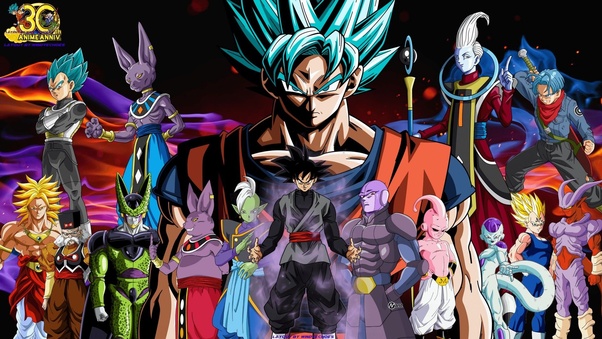 Power comes in response to a need, not a desire. You have to create that need

There is a reason Dragon Ball is placed at last : For many people, Dragon Ball was their first anime. Dragon ball (the original series), Dragon Ball Z and Dragon Ball Super - every one of these series are epic in their own way, ever since we saw Saiyan Prince Vegeta and the reason behind his pride, Earthling Goku achieving Super Saiyan form in his fight with Frieza, Dragon Ball had already become a G.O.A.T anime in terms of fighting and concept. We get even more epic stuff with Androids, Cell and Buu, more Super Saiyan levels and their mastery, also fusion to thrash stronger opponents. In Super we get Gods of Destruction and other Universes which is taking Dragon Ball to even greater heights with Goku Vs Beerus, Vegetas epic line “WHAT DID YOU DO TO MY BULMA !” thrown at Beerus. The Student-Sensei relation of Piccolo and Gohan are revisited in Super too. Also remember this is the anime that gave us the “It’s Over 9000” line !