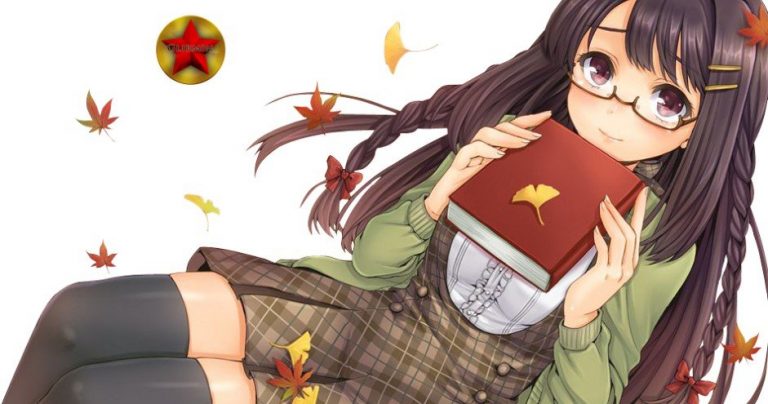 12 Anime Shy Characters Who Will Give You The Silent Treatment

Anime danderes are shy, timid, cold or introverted. They’re the types of people who some avoid, because danderes are so “closed” off, and difficult to approach.

While other danderes are timid, nervous, and find it difficult to express themselves with confidence.

But underneath the hard, fragile shell of a dandere is usually:

Or similar character traits that make them curious, mysterious, relatable and interesting.

From where I’m sitting, there are at least 22 anime characters worth mentioning who fit that description.

If you have more, add them in the comments.

Mio Akiyama is a “classic” dandere character. Preferring to spend time alone and do her own thing, rather than deal with people. Especially in “big” crowded places.

She’s “too shy” after all, and gets nervous easily.

But if you manage to crack open her shell, you see a caring side to her personality.

And better yet: you realize how hard-working, independent and mature Mio Akiyama is compared to other K-On characters in general. 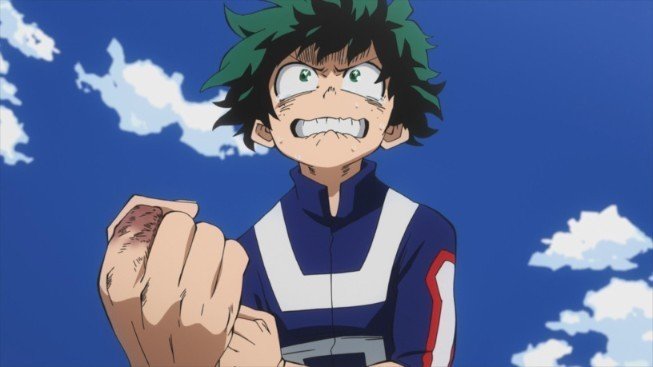 Dandere characters tend to be “female” when you look at most of them. But there are some “male” characters who are also danderes, even if not as popular for their character type.

Izuku is a nervous wreck, especially in the beginning of My Hero Academia. And he’s not the most socially skilled person when meeting new people.

But his kindness, work ethic, intellect and passion is what makes him shine as a character. Drawing others into his magnetic, yet sometimes timid persona. 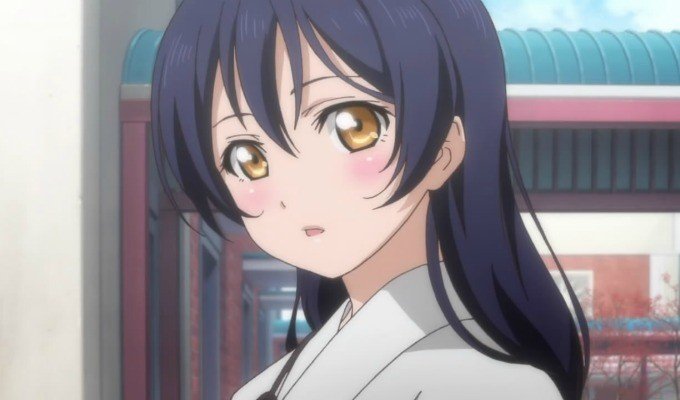 Umi Sonoda’s a feisty character who’s more hard-working than most other dandere characters. And especially in terms of Love Live characters in general.

She’s also a strong leader who’s hard on those she’s leading for the sake of self-improvement.

But she’s still a shy, introverted and withdrawn character who’s easily embarrassed. And has trouble in social situations.

Tsukasa is a cute anime girl who’s a little clumsy and air-headed. While being a kind and cheerful person.

But like your typical dandere character, put her in a social situation and she’s likely to fall apart. Or have little to say because she’s shy and introverted.

Tsukasa is the “light” of Lucky Star that brightens up the moods of everyone around her.

Kotomi Ichinose is always doing one thing above all else: reading books, studying and educating herself.

In the anime she’s first seen in the library, filling her head with knowledge and wisdom.

This is the exact reason why she’s no good in social situations. Or why she’s silent and prefers to be alone.

She’s what I’d call “an introvert to the extreme” and it takes a good amount of effort to persuade Kotomi to open up to anyone.

Crona’s never had a happy life. Always being mistreated, manipulated and talked down to as if Crona’s life has no value.

Eventually this causes Crona to hate people. Pushing others away and living the life of a lone wolf.

So it’s no wonder Crona’s so shy, timid, silent and awful in social situations. 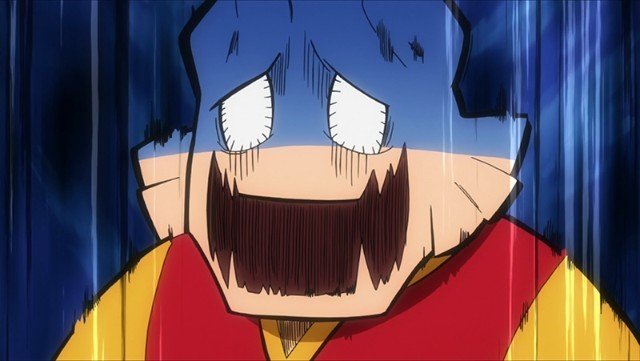 Koji Koda is another “dandere” most anime fans wouldn’t think of mentioning.

It’s not like Koji Koda can’t talk, speak and communicate with others… It’s more like he’s terrified and too shy. So he chooses to avoid social situations.

Preferring to stay silent when he’s around others. Saying only what’s necessary and nothing more than that.

On the surface, Koji is even more timid than Izuku Midoriya. 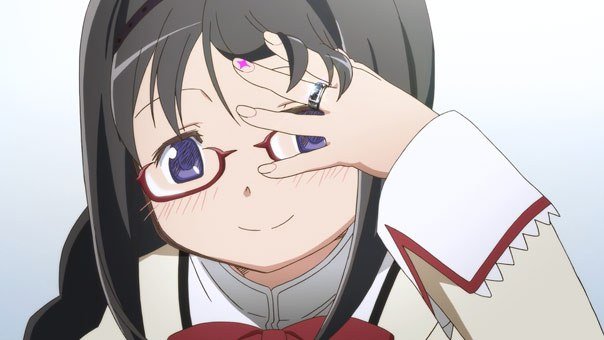 Before Homura Akemi became the tough, powerful and cold character she is… She was once a “dandere” in every aspect of the definition.

Homura‘s early days show how timid, shy and introverted she was. And at the center of it all: she was sweet and almost as pure as Madoka Kaname.

It’s only as the anime begins (and the story that follows) that she becomes much more dark, cold and empty. Making her a “different” type of dandere all together. 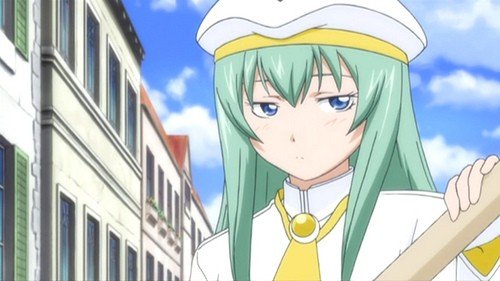 Alice from Aria The Animation is a girl of “few” words. Even after the cheerful main character: Akari approaches and talks to Alice, it’s clear Alice isn’t interested.

Alice is the silent type of character who prefers her own company. And because of her hesitant nature in the beginning, she gives people the wrong impression.

Causing others to misunderstand Alice’s intentions.

Nagisa looks fragile for a good reason. Not just n terms of personality or how she carries herself, but something deeper than that which you learn later in the series.

Even still, Nagisa chooses to overcome her flaws, or at least “try” to be more confident in herself. Instead of succumbing to her natural way of behaving and thinking.

She’s a good example of a dandere character. 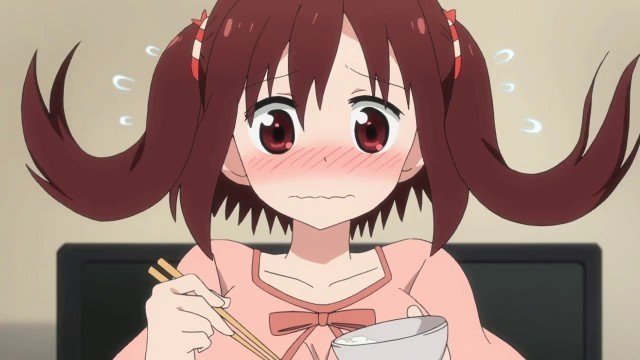 Nana’s the kind of character who if you said BOO! She’d jump right out of her skin.

She’s that timid, nervous and jumpy. But even still: besides her looks, Nana is surprisingly hard-working, considerate and charming. Almost enough to make your heart explode with warmth.

And watching her get all “flustered” is one of the most entertaining parts of watching Umaru Chan.

A slice of life/comedy series. 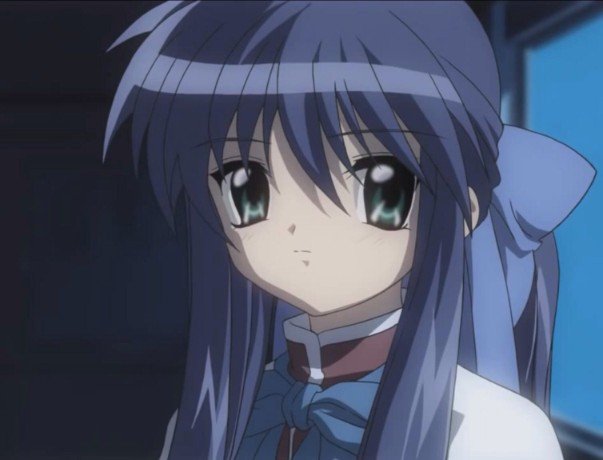 Mai is probably the most obvious dandere on this list. Because she’s so silent and quiet that it’s hard to get her talking.

In fact she’s so silent, some people don’t even know “what” her voice sounds like.

Other than Sayuri, the main character: Yuichi Aizawa is one of the few able to strike a conversation with Mai.